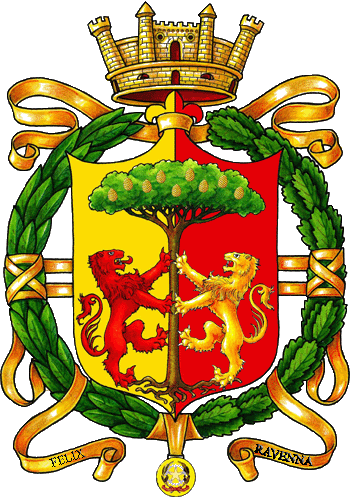 The City of Ravenna Coat of Arms 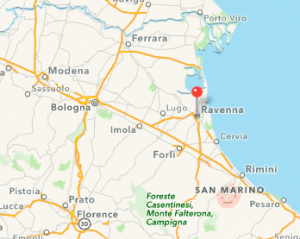 The City of Ravenna has many very ornate ancient Churches and Municipal buildings, a sample of which you can see here. The most well known are designated as Basilicas and are as beautiful on the inside as they are on the outside. There is a wealth of information about the city that is detailed by Wikipedia and this can be freely accessed by the following link:
The Wikipedia site for Ravenna

In addition, the Ravenna Tourist office has an excellent website in both Italian and English, which carries all the up to date information and a feast of pictures and links to the amazing variety of architecture  in and around the City at:
The Ravenna Tourist Office